Home » Book Recommendation » The 5 Biggest Libraries in the World

The 5 Biggest Libraries in the World

Libraries are regarded as the temple of learning and knowledge. While you must have visited your nearest libraries in search of books, did you know about the biggest libraries in the world?

Here’s a list of 5 largest libraries in the world ranked in decreasing order. 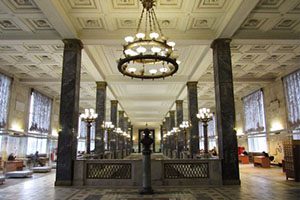 The Russian State Library is the largest library of the capital city of Russia. Nicknamed as ‘Leninka’, the library houses 17 million books and 13 million documents and journals in 247 different languages.

Since the beginning of 1920s until 1990s, a copy of each published work in the country was supposed to be deposited and documented with the library. The practice is still mandatory by law in Russia. 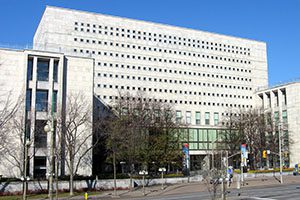 The Library and Archives, Canada, is directly operated under the Federal Government of the country. Although the library in today’s form started operating since 2004, originally it was founded as ‘The Dominion Archives’ in 1872. Later in 1912, it was changed to the Public Archives of Canada and again in 1987, it was renamed as the National Archives of Canada.

The National Archives of Canada combined its functions with the National Library of Canada in 2004 to form The Library and Archives (LAC).

Since the start, the LAC through the Ministry of Canadian Heritage reports to the Parliament of the country. 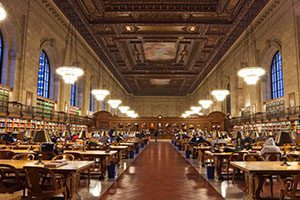 The New York Public Library is the 2nd largest library in the United States of America and the 3rd largest in the world. It is a chain of libraries consisting of almost 92 branches spread through New York, Manhattan, Staten Islands and Bronx.

The easy public access to the library makes almost 18 million people visit annually. The network of libraries is funded both by the Government and private entities. 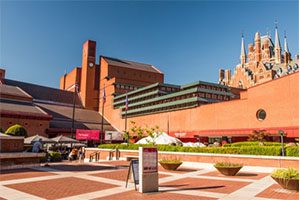 The British Library is regarded as one of the biggest research libraries in the world. It operated and was a part of the British Museum since 1753.

The library in its original form started off in 1973 after the British Library Act 1972 detached it from the Museum.

It is the largest national library of the United Kingdom and the world and is also the mandatory legal depository for every published work within United Kingdom. 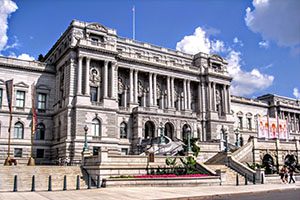 1. Library of the US Congress

The Library of the US Congress is regarded as the biggest library in the world. It houses books, documents, journals and research materials in almost 450 languages. The library’s history has witnessed two severe destructive events – When the British created havoc inside it in 1814 during the World War and when a fire destroyed the place in 1851.

However after the American Civil War, the institution grew rapidly by accumulating content from all over the world.

The library is open to public. However, high ranking Government officials often check on the content of the library for information.

Note: iLEAD Street Library is a first-of-its-kind movement of setting up a chain of Street Libraries across the city, initiated by iLEAD, Kolkata. It provides every people free books and makes it accessible at every corner of the city. You may find us in these locations. Come, visit us and be a part of this book loving community.